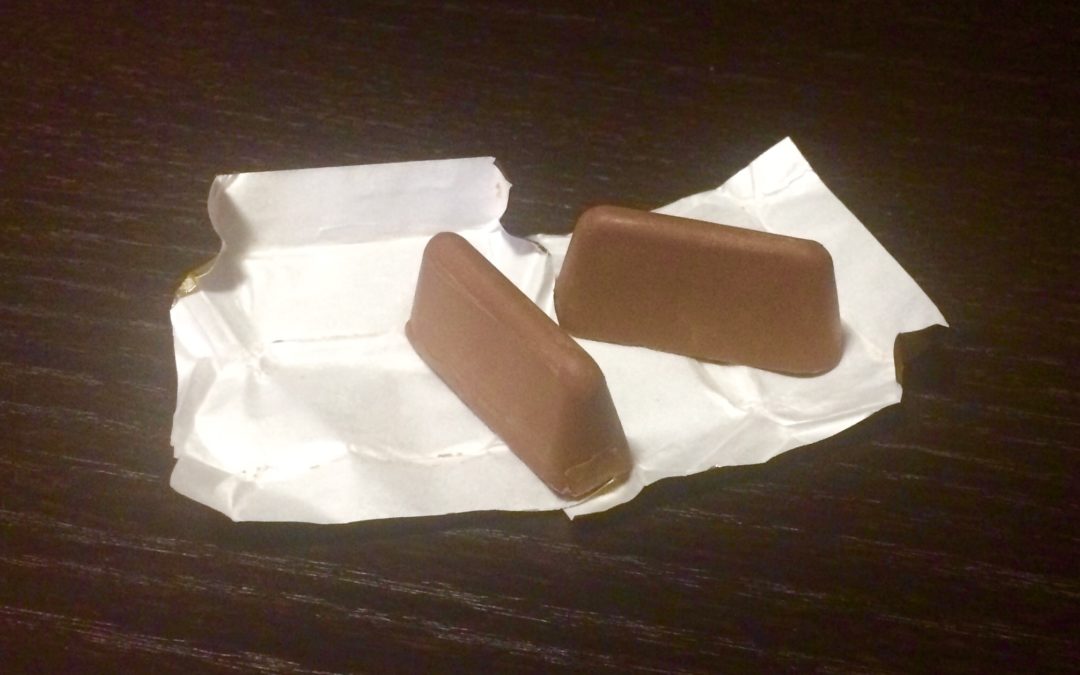 Today we talk about a famous sweet whitch was born over 150 years ago in Turin.

With the Continental System, in XXIX, Napoleon forbade trade between the countries subject to the French Government and the British ships. Among the products most exported by the British (imported from their colonies) and considered luxury, there was cocoa; they decreased so heavily imports in Italy s well.

In 1852 Michel Porchet, known chocolatier Piedmont, therefore he decided to try a new recipe decreasing the amount of cocoa and replacing it with the famous Langhe hazelnuts IGP, considered the best in the world. Since then Porchet Caffarel and companies joined to create the name gianduiotti “Caffarel 1865” (as it is called the tin box full of chocolates that you will find in their store).

During the carnival of 1865, Gianduja (the Turin mask) began to distribute the chocolate that then took the name of “gianduiotto”. It was the first chocolate wrapped by a fine silver card to be able to keep the scents and the taste.

After more than 150 years, the ingredients have remained the same: cocoa, cocoa butter, sugar and hazelnuts.

CURIOSITY: the largest gianduiotto in the world was made by Novi for Eurochocolate 2001 in Turin: measuring 2 meters high, 4 meters long, and 1 meter wide with a weight of forty kilos.

ADVICE: the most famous pastry chefs recommend eating one after the other in order to unite the final aromas to those present during the dissolution of the chocolate in your mouth.