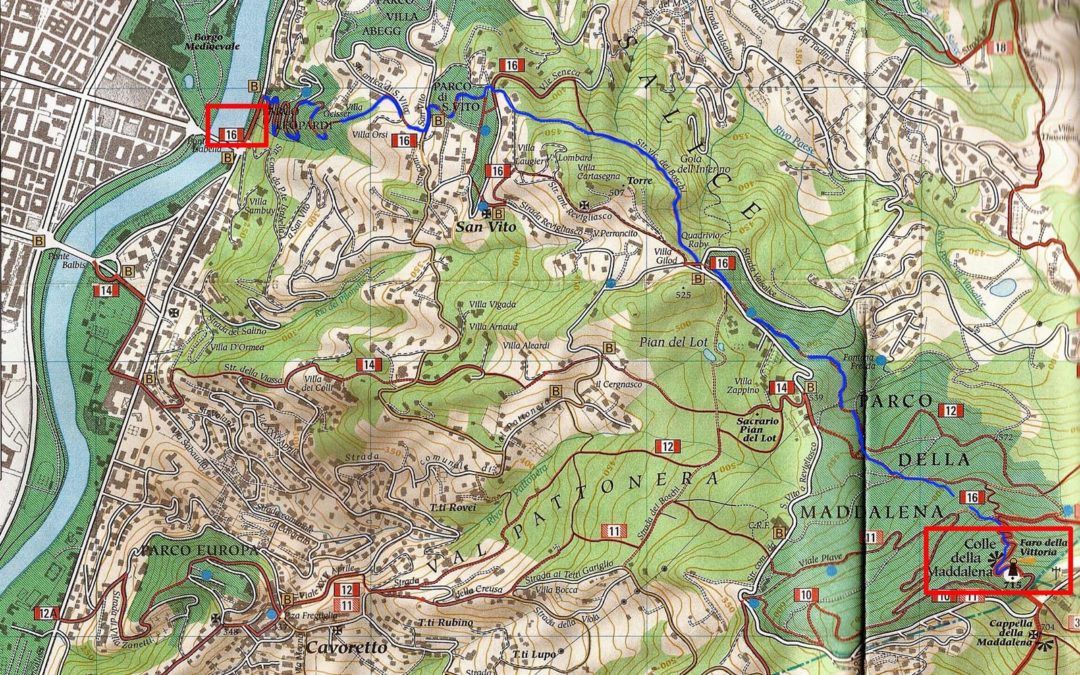 The pedestrian path called “Parks Trail” is a naturalistic and historical route that starts from Isabella Bridge and arrives at the Faro of Victory, with a difference of 485 meters and a length of 6 km. The identification number of the route is no. 16 and the estimated travel time is about 2 hours and a half.

The first park that goes through is Parco Giacomo Leopardi with 70,000 square meters with a strong slope. The peculiarity is the presence of numerous tunnels excavated during World War II as anti-aircraft huts.

The second park is the San Vito Park with 50,000 square meters it is almost entirely a green lawn from which you can have breathtaking views of the city.

The last park to be found is Maddalena Park, which occupies 890,000 square meters, half of which is called Parco della Rimembranza, dedicated to the Turin falls of the First World War. At the top of the hill, on a granite stand with the epigraph of D’Annunzio, there is the Victoria Lighthouse and the bronze statue of Victory.