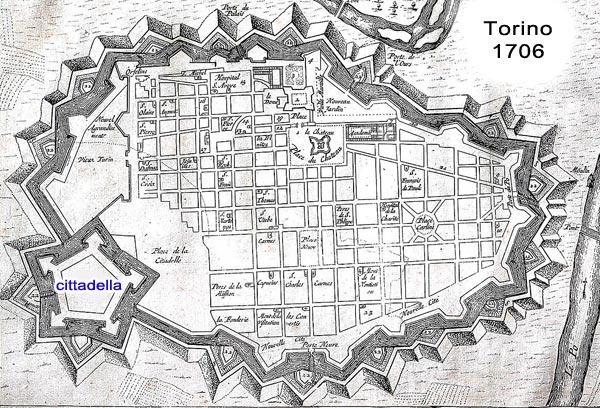 It is said that the plain at the foot of the Alps was inhabited by populations mainly constituted by highlanders, by people who came down from the summits, that came from the tops. In fact, the adjective Taurinus seems to derive from a reference to high ground populations, near Montanaus. Therefore, it seems that the word Taurino, referred to those people, would indicate highlanders, and that the bull, a symbolic animal for strength, tenacity and fighting spirit, would not be linked to that definition.

Historians seems to agree on the belonging of the Taurini to the big Celtic stock and, moreover, to the ancient descent of the Liguri, placed south of the river Po, but they pushed themselves even north of the river. The co-habitation between the two ethnic groups gave birth to various villages, among them the centre of Taurasia (the willing-to-be Turin), to be situated where the river Dora flows into the river Po.

The second Punic war saw as one of its main characters the general and politician Hannibal (247 b.C. – Bitinia 183 b.C.), who, leading his army, sided by huge elephants, crossed the Alps destroying and sacking the villages of the sub alpine region, in his forceful advance towards the conquest of Rome.

After about a century and a half after the passage of Hannibal, the ancient Taurasia became seat of a Roman colony, founded by Octavian (the future emperor Cesar Augustus) after the battle of Anzio, and it was renamed Augusta Taurinorum.

During the Roman period, Augusta Taurinorum became an important centre of communications with Gallia and after many adventures during the Barbaric invasions, it fell under the power of the Lombard invasions in 570 and it was almost immediately erected as dukedom by them.

The first duke of Turin, historically accepted by historians, was Agilulfo in the year 589, who became king of the Lombards in 591. After him there were, before the ascent to the throne, Arioaldo in 590 ca., Garibaldo in 660 and Raginperto in 671; this is to confirm the politic ans military importance of the dukedom of the sub alpine city.

With the arrival of the Carolingian domination the city became chief town of a large county which stretched itself until the slopes of the Gran Paradiso and of the Moncenisio and it was limited by the near coronet of Ivrea. This one, which became marquisate in 888, annexed the county of Turin in 892 until the half of the 10th century.

The marquis of Ivrea, Berengario, later Berengario II, king of Italy, for his will annexed the territories of the county of Turin in a new march(*), which was named of Turin, the most important centre and it reached in the year 1014 even the annexing of the march of Ivrea.

With the disintegration of the march, the city ruled itself with its own communal regulations, but against its independence there was a double menace: on the one hand the Germanic Empire and on the other hand the targets settled by the Savoy House, which saw itself as the heir of the rights of the ancient march and it claimed the property of the territories.

The Turin people tried to fight against both, but they couldn’t avoid the fact that in 1130 Amedeo II, the so-called Crusader, took possession of the city, however, Turin, in 1136, with the support of Lotario II of Supplimbergo, succeeded in excluding the Savoy count and in having recognised and confirmed its own communal law system.

In 1155 Federico I, German Emperor, better known as “Barbarossa” (Redbeard n.d.t.) (1123 ca. – 1190) reached Turin with the will to reinforce the Empire with all its power and holiness, and in 1159, he recognised the authority of the bishop of the city Carlo, who found himself owner of Turin and of the surrounding territories.

With the death of Federico Barbarossa in 1190 and the fights for the succession to the head of the Empire, the Savoy House, with the marquis Tommaso I, accentuated the attempts to conquer the city, and after many adventures (the partition of the Savoy territories made by Amedeo IV in 1233 and the assignment of Piedmont to his brother Tommaso II, Tommaso I’s son; conquest of Turin by Carlo I of Angiò in 1270 and of William VII of Lungaspada, marquis of Monferrato, in 1276), Tommaso III succeeded in taking definitive possession of the city in 1280.

Turin became then possession of a collateral branch of Savoy, the one of Piedmont, then of Savoy-Acaia and only in 1418 with the reunion of all the Savoy territories made by Amedeo VIII, called the Pacific, who passed to the main branch, becoming almost immediately the administration seat of the sub alpine dominions of the dukedom and the chief town of its politics and diplomatic matters.

In 1459 it was seat of the Supreme Council of Justice becoming in fact, from that moment on, the capital of the Savoy state.

In spring 1536, during the French-Hapsburg conflict, the city was occupied by the French of Francesco I which he kept until 1562, when, after the treaty of Cateau-Cambrésis (1559), it coul be taken back by the duke Emanuele Filiberto.

The French occupation lasted about twenty-five years, and for Turin it was a long winter. The occupiers tore apart the fortifications of the city, the church of San Cristoforo degli Umiliati seat of the Agostiniani, and they razed to the ground the Roman amphitheatre. The new French governor of Turin, Martino Du Bellay, ordered to fully cancel the Savoy signs, to modify the institutions and to substitute them with the French model.

After the period of the French occupation, the duke Emanuele Filiberto was worried about reorganising the Savoy state in unity and strength, embellishing the city with numerous monuments and palaces, building the Cittadella, a fortified system made in order to discourage every eventual invasion.

Grown in population, the Savoy city underwent two terrible sieges. The first was in 1640 made by the French came to support the rights to the regency of Christine of France (known as Royal Madame) for his minor son Francesco Giacinto (dead on 4 October 1638) and then for the other son Carlo Emanuele II, right that were contested by her brothers-in-law Maurizio and Tommaso Francesco, prince of Carignano, both supported by Spain.

The French army, came to help the Royal Madame, took the city by storm and put the prince of Carignano to flight (who was entrapped in the city), giving the power to the regent.

The second siege happened in 1706 again made by the French, during the Spanish Succession War. The Savoy duke Vittorio Amedeo II, mainly with the support of the prince Eugenio of Savoy, who was in service for Leopold I, succeeded in ending the French siege, also thanks to the sacrifice of the miner Pietro Micca.

Seven years later the Savoy dukedom reaped the rewards of the victory on French: in Utrecht, it had the dominions of the Italian side of the Alps and the reign of Sicily, which in 1718 was exchanged for Sardinia (Cockpit treaty – London), Turin then becoming capital of the reign of Sardinia.

After the outcome of the French Revolution, the city, in 1789, underwent another time a French army invasion later driven away in 1799 by the Austrian-Russian army, headed by the Russian general Alessandro Vassilievic Suvarov.

Only a year later, in 1800, Napoleon Bonaparte victorious in Marengo, reached Turin and there he instituted a temporary commission of govern and he annexed, with a decree, Piedmont and the city to France.

Finished the Napoleonic period, the Congress of Vienna gave back the city to the Savoy, and from that moment on, Turin started a growing importance as centre of national interests to the later unification of the Italian state.

Cavour, capable diplomatic, succeeded in interweaving an alliance with Napoleon III, French emperor, for a double intervention, in case of war, against the Austrian.

In 1859 the govern of Vienna sent an ultimatum which ordered Turin to disarming itself, and the city answered with a declaration of war. The king Vittorio Emanuele II, with the support of the French ally, immediately left for the front, and entered victorious in Milan, freeing it form the Austrian oppressor.

The path towards the Italian unification was already settled, and on 26 February 1861, the Chamber of Deputies, with its seat in Palazzo Carignano, proclaimed the birth of the reign of Italy.

Turin was the capital of Italy from 1861 to 1865, when this one was moved to Florence and then to Rome. The sub alpine city, with the loss of the role of capital, saw the diminution of its own political importance and it underwent a period of deep crisis, with a temporary diminution of its population of about 30,000 people.

To avoid the decadence that could derive from the loss of its functions of Italian capital, the city, that already possessed little distilleries, spinning factories, workshops, foundries, began to develop its function of great industrial centre. It’s in 1899, in Palazzo Bricherasio, that the drawing up of the foundation act of FIAT , Fabbrica Italiana Automobili Torino (Italian Industry of Cars, Turin – n.d.t.) was made. The city was beginning to be the “capital of the car”.

In 1914 World War I outburst, and for Turin it was a dramatic period, also owed to the fact that bread started to be short and that caused strikes, demonstrations, disorders that led to riots, with dead and hurt people. Moreover, there was the big Spanish Flu Pandemic, that brought several victims. Even war ended in 1918, and Italy was victorious, but demonstrations were not to extinguish.

Fighters came back from the front, and most of them found it hard to begin again a normal daily routine. Discontent spread all over and some subversive elements succeeded in shaking the population.

In 1922 the Fascists took the power, and the following year began the activity of the militia, also supported by the environment of confusion and intolerance which aroused in the city. In the same year, Benito Mussolini (1883 – 1945), chief of the Fascist party, visited Turin stopping here for two days and he visited also FIAT.

On 10 June 1941 Italy joined World War II, and on 12 June it underwent its first air bombing, followed by many others, with hundreds of dead people and destroyed houses. An anxiety that would have lasted until spring 1945 among bombings, assassinations of Fascists and anti-Fascists, actions of Partisans, reprisals, firing squads, hangings. The most gloomy years were that of the German occupation.

The years after the conflict saw the fervour of the reconstruction, like the new palace of Torino Esposizioni and the University of Via Po. On 3 November 1960 the Museum of the Car in Corso Unità d’Italia was inaugurated.

The city, starting from the 1950s and 1960s until the 1970s, saw an increment in the number of immigrants, partly owed to a massive immigration of industrial manpower called by the expansion of the car industry mainly coming from the southern regions of Italy (in 1961 there were 1,023,000 inhabitants against 717,400 of 1951).

In the 1980s and 1990s, the crisis mainly struck the car industry FIAT, pillar of the city economy, spreading to all the induced activities, and various processes of restructuring in many other industrial sectors (mechanical and electronic), that produced severe repercussions on the occupational level.

In 2006 Turin hosted the Winter Olympics. Since that time the face of the city has changed, is no longer an industrial city, but tourist town, with the redevelopment of many neighborhoods and buildings.
Torino now offers everything a tourist would expect from the most beautiful city in the world: landscapes, a historic town, elegant, with an enviable nightlife, international exhibitions and 365 days of events.